This morning covered a presentation from the Clinical Director, on How to Become A Vet. It went over the basics such as UCAS, Work Experience requirements, and the course at Surrey. But he also talked about the wide range of roles vets can perform, including non-clinical ones in research and government.

While helpful for those unsure about the vet profession, I’m already set in my ways. I know what I want to do, and I’m not going to let anyone stop me. Vet school, here I come.

Goodbyes are always the hardest part, especially when chances are high we’ll never see each other again. Our vet group have already made plans to meet up soon, but we’re not allowed to keep in contact with our Ambassadors for health and safety reasons (silly, really, since we could end up at the same Uni in two years time?).

Luckily, I got Nic as my E-Mentor so we don’t have to part ways just yet. The program ends on the 21st October, and that’s when our communication channel will be terminated. Guess I’ll just have to make the most of that time.

So, while the Surrey Summer School may be over, my summer’s only just started. I have a week of missed college to work to catch up on this weekend, then three days left before the holidays begin (or, in my case, the real work).

I’ll keep you all updated, and if you have any questions about Surrey, becoming a vet, or Uni stuff in general, give me a shout! I’m always happy to help.

After a wonderful breakfast, we were lead straight to the Vet campus to our first session of the day – parasites. These are organisms which live on or in their host, often causing harm or death to the host. Imagine us recoil in horror as we were introduced to the tapeworm, monkey malaria, and snail fever.

Once our stomachs stopped churning, we were split into groups and each assigned one of the parasitic diseases. Our group had snail fever. The task was to research its life cycle, what countries and ages were most at risk, and what prevention and control methods could be put in place.

Snail fever is also known as Schistosomiasis, caused by parisitic worms which are carried by certain types of freshwater snails. The parasite hatches and emerges from the snail underwater, and it can then penetrate the skin of a human when swimming, infecting its new host. 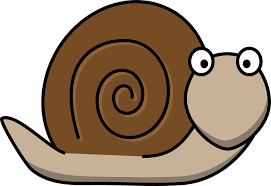 There is no vaccine available for snail fever, although treatment of the infection is simple by prescibing Praziquantel, a drug found in worming tablets for cats and dugs, for 1-2 days. Prevention is very important here, and the main method is education – avoid freshwater in countries where the parasite lives, boil water before you drink it, and head to a doctor if you think you’ve come in contact with contaminated water.

After that entertaining session, it was time for our debate. Our question was ‘Should we be banned from breeding certain dog breeds due to health issues?” We’d been split into groups and given a stance – our group was against. I was nominated as spokesperson, so I lead the introduction and the conclusion.

We covered the issues with breeding for coat colour rather than health, the strain on the show dog industry with unhealthy breed standards, and mainly focused on the idea that we should aim to improve their health rather than banning them completely.

If we campaigned for breed standards to be revised with the dog’s health as the key principle, then there is no need for the extinction of entire breeds.

The last session was by far the most interesting. Presented by DWAEC, we were introduced to a wide variety of tropical animals from pythons to hedgehogs to meerkats to owls. The traditional tarantula and scorpion were brought out too, to earn a few shrieks from the crowd. However, the guide was entirely focused on working people through their fear of arachnids, snakes, and so on. It was a perfect reminder that the ‘cutest’ animals are not always the friendliest.

We ended our last full day with a meal at TGI Friday’s, followed by an Open Mic night at the campus bar. My friends and I sneaked away to play cards instead. Making a fool of myself on stage has never really appealed to me.

It is a truth universally acknowledged that Guildford, Surrey, is the home of Fitzpatrick Referrals, and the UK’s very own Supervet, Noel Fitzpatrick. And today was the day we would finally be able to meet the man himself.

The drive was short, luckily, but upon arrivel we were told there had been an emergency that morning. This shattered the schedule into pieces, forcing us to endure a long wait until Noel could be with us. We toured the amazing facilities, including the Toshiba Aquilion 160 slice CT Scanners, one of the best in Europe. 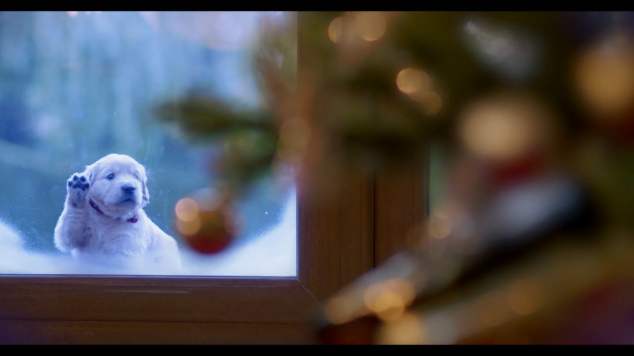 Our tour ended with a picnic on the field. As we were finishing our food, Noel arrived. Hobbling along with a cast on his foot, it was the first time he’d been outside at lunchtime in months. Known for his dedication to his work, Noel often sleeps overnight at his practice and can be found on duty at all hours of the day.

He ate his breakfast while our Ambassadors explained that we were prospective vet students. Then he proceeded to give us some very important words of advice: “Don’t let anyone, ever, tell you that something’s impossible.” This is your life. You are in charge. Not your parents, not your friends. If you did something wrong, it was because you chose to be influenced by other people. And don’t become a vet unless you really want it. If you’re interested in medicine, become a doctor. If you’re into science, do a science degree. Being a vet is one of the most important careers in the world, but it’s useless if your heart’s not in it.

Those words will stick with me, and I agree wholeheartedly with everything Noel said. He went on to talk about how his motivations are caring for animals and humans, and that it’s crucial not to be swayed by money or posessions. He prides himself in this ideal, frustrated that he was forced to star on TV just to get his voice heard. But he won’t let his new found stardom sway him from his goal: One Health – for animals, humans, and the environment.

Dazzled from Noel’s inspiring speech, we made our way back to the University Campus to attend a Clinical Skills workshop. Here we practised bandaging dogs’ paws, listening to their heartbeat, and taking each other’s blood pressures. All of these skills are essential for vets, and a lot of time over the years at University will be spent perfecting them.

The evening was spent by the lake, enjoying a BBQ and games night. We also participated in a pub quiz event, split into groups according to our E-mentor (a program set up by Surrey which will run until after the UCAS deadline).

Once it was too dark to see, we headed back to our flats where I introduced my new friends to a card game that will haunt them for the rest of their lives. Simple in concept, it plays like Uno except you don’t know what the rules are – you have to work them out. It left us all in tears of laughter, forging a bond between us.

Welcome to Vet School. Grab an apron, some gloves, and a scalpel, and come help me slice up this dead horse. At least that’s what we were told when we stepped inside Surrey’s Pathology Centre.

Led by one of the Teaching Fellows and a few students studying Vet Bioscience, we studied the main bones in the forelimbs and hindlimbs of a horse. The biggest job was learning to differentiate between the two, and then it was simple enough to piece together the skeleton from diagrams.

After the anatomy lesson, we assisted in skinning a horse’s leg. This enabled us to get a clearer picture of the muscles, tendons, and ligaments that make horses one of the most efficient creatures on earth.

Contrary to popular belief, horses don’t actually sleep standing up. We only think they do because they won’t go to sleep if there’s any possible predators around, and so you won’t ever see the horse lying down. However, they can rest their muscles while standing, which is what they’re doing when we think they’re sleeping. They do this by locking their kneecaps into place. This straightens the leg and puts all the pressure onto the tendons and ligaments. The muscles can then relax and gather more energy, helping the horse to recover.

Our next session covered disease control, which is a crucial role for vets working in association with government agencies. Since vets are the first point of contact when a dead animal is found, it becomes their job to run tests and determine if it’s an isolated incident or if they’re looking at a major disease outbreak.

That’s when the Animal and Plant Health Agency will be called in, and all the samples and analysis will be passed up the chain of command. If people act quick enough to put appropriate measure into place, such as quarantines and treatments, then the disease can be contained before it spreads. Lives would be saved. 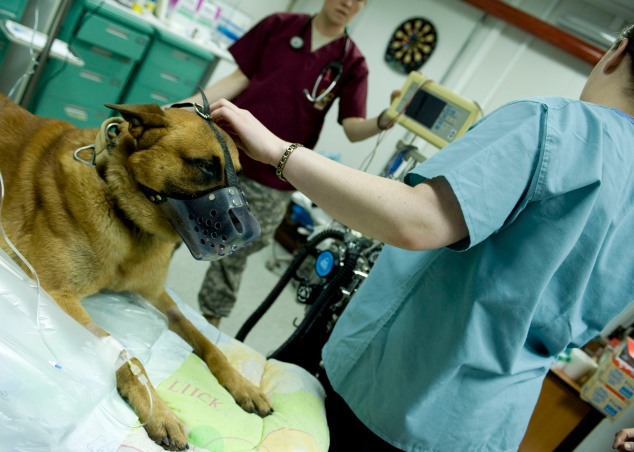 We were soon back in the lab. This time, we performed a post morte

m examination on a sheep sent in by a local farmer. Symptoms included coughing and diarrhoea. Pus was discovered in the lungs, suggesting an airborne bacterial infection, and worms were found in the caecum, explaining the diarrhoea. The trouble is worms can be found in all wild or farm animals, and they aren’t necessarily a major problem. We needed to see if there were enough worms to lead to death, and what bacteria may have caused the infection.

The way to test for worms to look at a faecal sample under the microscope. Count all the eggs you can see and times it by fifty, giving you a rough idea of egg count in the organism. Our cut off point was 1000, so above this number would be deemed a threat to the sheep’s life.

Since our sample had an egg count of 900, we decided it wasn’t the worms that were the problem. 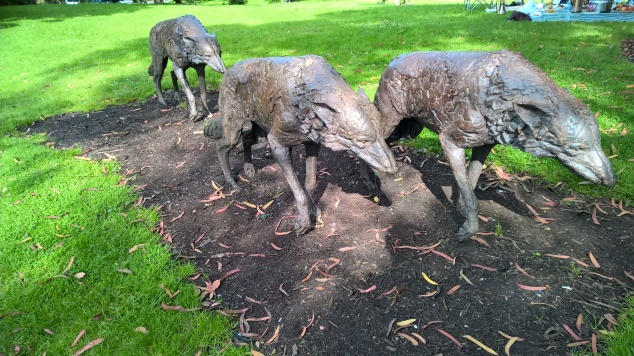 We performed a series of tests on the pus (which in true education style turned out to be custard). Gram stain tests can differentiate between two types of bacteria, gram positive and gram negative. Then the bacteria can be grown on various cultures, with their colour colonies corresponding to their species. Two strains were identified: Straphyloccus aureus, commonly found everywhere, and Klebsiella pneumoniae, which causes pneumonia.

We had our diagnosis. Next step was to find a fast-acting antibiotic, which can be done by applying different antibiotics to a culture of the bacteria. The one that killed the most was chosen, and we would have sent that information back to the farmer so he could treat the rest of his flock. Job done.

Having skinned a horse, prevented a major outbreak of anthrax, and saved a flock of sheep from pneumonia, it was time to call it a day. We spent the evening relaxing in the cinema, watching The Secret Life of Pets. I’d recommend the film for a good laugh any day.